Tell us a little about yourself
Hi, my name is Emily Good. I am 18 years old going to school for graphic design. I love animals, eating ice cream, and creating art.

Tell us a little about yourself
Hi, my name is Michelle DiMuria. When I’m not working on the foundation, I enjoy listening to music, watching movies, and spending time with my friends and family.

King Beckham and Queen Gale’s daughter Reagan Kolbeck was absolutely perfect in their eyes. A beautiful young woman who was destined for greatness. Reagan was a force to be reckoned with. She was a strong, independent woman who lived life to the fullest. Doing whatever she wanted, whenever she wanted and no one, not even her godmother, Dafne Linette could stop her. This was her life and she was going to do things her way.

Determined to show her father and the entire kingdom she was ready to be an “adult.” Working on her garden with her mother. Avoiding the wrath of her father. He didn’t exactly approve of her relationship with Calvin. And when she wasn’t busy staying out of trouble, she was spending time with her best friend, Alva. Little did she know, her life would be turned upside down on her 21st birthday.

7 Limited Edition Digital Magazines (One of each character). One magazine will come out each month.

*Note: This magazine is not part of the seven limited edition ones. 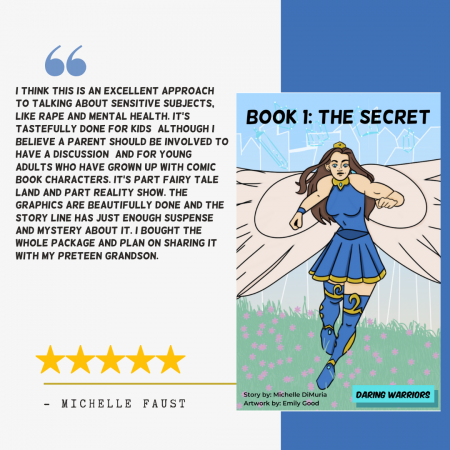 We’d love to hear your feedback on “The Secret.”